The Pokemon Company International has announced the release date for the first episode of Pokemon: Hisuian Snow, a short animated series based on Pokemon Legends: Arceus. This will be a web series that everyone can watch online. There will be three episodes in total. The first will air online on May 18, 2022. (Broadcast in Japan on the same day.)

Pokémon: Hisiuan Snow tells the story of a boy named Alec and his encounter with Hisiuan Zorua. According to the Pokémon website, when Alec was young, his father taught others that Pokémon couldn't live together, but now he may be learning a different lesson. Hisuian Zorua is a normal ghost type Pokémon with a tragic background. But throughout the series, one will see the relationship between Alec and one of them develop. The initial art for the three-episode series shows Alec wearing a Zoroark mask meets Pokemon. 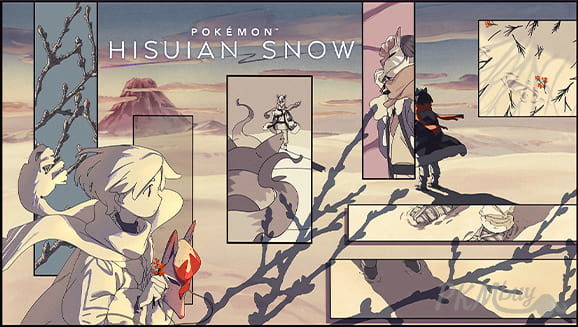 Pokémon Legends: Arceus is not an entry in the Pokémon franchise that inspired the short animated web series. For example, it also happened with Pokemon Sword and Shield. Pokemon: Twilight Wings, produced by Studio Colorido and Filmony, streams short episodes online focusing on the characters from the series.

Pokemon Episode 1: The Hisuian Snow Short Series will be released on May 18, 2022. People will be able to watch it on Pokemon TV and YouTube. Pokémon Legends: Arceus is available for Nintendo Switch. Legends: Arceus trainers looking for Legendary Pokémon or unique Shiny Alpha Pokémon can find them at PKMBuy.com. Cheap Legends: Arceus Pokémon is not the only one, there are Pokémon from other games for sale, and there are plenty of guides and news for you to explore.


Tags:
Previous : ​All Poké Radar Exclusive Pokémon at Pokémon BDSP
Next : ​Pokemon Scarlet & Violet: May carry over some mechanics from Pokemon legend: Arceus