Home > News > ​How to start and complete Request 36 in Pokemon Legends Arceus?

​How to start and complete Request 36 in Pokemon Legends Arceus?

While exploring the Hisui region in Pokemon Legends: Arceus, the Galaxy Team encourages players to capture as many Pokemon as possible. The purpose of this is to complete the first Pokedex. As more and more Pokemon were caught, the residents of Jubilife Village became more and more curious about Pokemon, occasionally making requests. Pokemon Legends: Arceus is divided into quests and requests. The quest follows the story of Legends: Arceus and after the game, it must be completed. Requests are optional side quests with different rewards depending on the requester. Some requests are available at any time with each new quest, but others will not be visible until the player has caught the correct Pokemon.

How to Unlock & Complete Request 36

To launch Request 36, players first need to gain access to the Crimson Mirelands. Players will begin the story quest "Arezu's Predicament" where they are tasked with helping Calaba of the Pearl family. Players will need help setting up a swamp camp after they have made some progress in the quest. Finally, after all of this, the player can start looking for the Pokemon that triggered request 36. 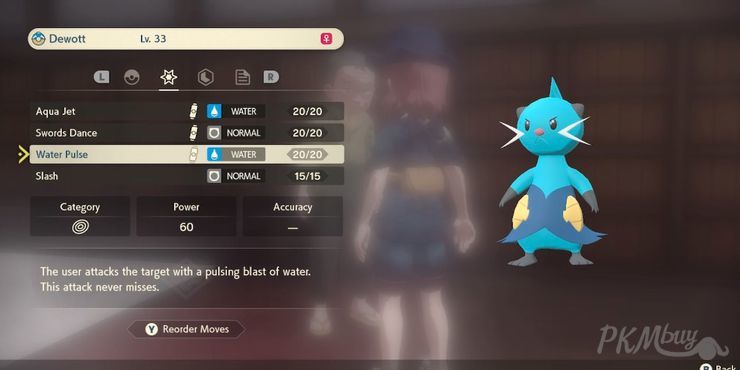 To do this, they should use the Wyrdeer to go to Cloudpool Ridge on the map. This is north of the Bogbound Camp between the Diamond Settlement, near Brava Arena. As long as it doesn't rain, the rocky Sudowoodo and its pre-evolutionary Bonsly form can be found roaming around.

Request 36 invokes sudowoodo. Thankfully, Sudowoodo isn't an aggressive or timid Pokemon. If it finds a human, it freezes and imitates a tree. You should use heavy or large balls to catch Sudowoodo. Once done, they need to report to Laventon and return to Jubilife Village.

Just add Sudowoodo to the Pokédex and Request 36 will appear on the blackboard in Laventon's office. The requester, a man named Odo, noticed a frustrated-looking Sudowoodo wandering near the Bogbound camp. After accepting Request 36, the player should return to the Bogbound Camp in Crimson Mirelands and speak to Odo.

The dialogue choices the player chooses in this side quest doesn't change anything, just to ease the comic effect. Odo will want players to bring a Pokemon that knows Water Pulse to make Sudooowoodo feel better. Many Pokemon fans will see why this is a bad idea, but Odo insists that players should continue to bring a Pokemon that knows about Water Pulse. If players don't choose Oshawott as their starter, the following Pokemon prior to Cobalt Coastlands (Third Zone) can learn this move through leveling up or tutoring:

Buizel (lvl. 18) can be found in Obsidian Fieldlands in Horseshoe Plains.

Vaporeon (tutor at the Training Fields) can be evolved from Eevee, who's found in Horseshoe Plains.

Gyarados (lvl. 20) can be evolved from Magikarp, who's swimming in the river near Horseshoe Plains and Worn Bridge.

Shellos (lvl.9) can be caught at Sandgem Flats.

After getting one of these Pokemon, the player should talk to Odo, after which their Pokemon will use Water Pulse on the unexpected Sudowoodo, causing it to attack. Sudowoodo is a slow Pokemon, so any grass or water type can easily beat it and possibly 1HKO. Defeat Sudowoodo to complete Request 36 and prompt Odo to provide the Heavy Ball (x15) and Exp. Candy S (x3) as a way of expressing gratitude. If players lack the PLA Pokemon they want, they can come to PKMBuy, you can Buy PLA Pokemon at Pokemon.


Tags:
Previous : ​How to get a Member Card and its uses in Pokemon BDSP
Next : ​Pokemon Scarlet & Violet: May carry over some mechanics from Pokemon legend: Arceus